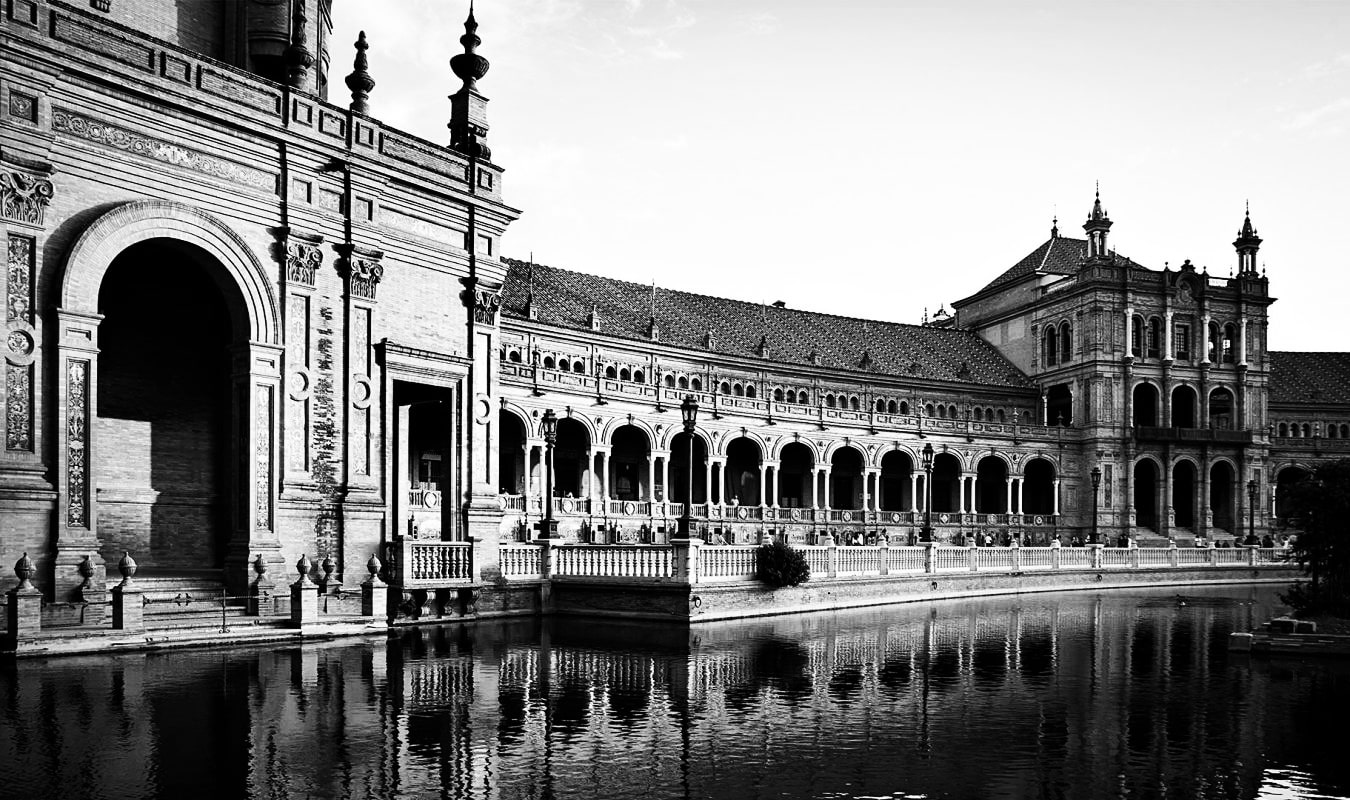 Sevilla is Spain’s fourth largest city and is the capital of Andalucía. A trip there will undoubtedly take a full day and will take approximately 2 hours to drive to, through some very attractive rolling farmland. The city has so much to offer that it would be impossible to see it all in a day, but obviously some places cannot be missed, such as: the Alcazar Palace with its stunning gardens, patios and underground baths. The Cathedral (said to be the largest Gothic building in the world) and the tower “La Giralda”, worth the climb to the top for the views alone. Sevilla must be one of Europe’s finest cities from an architectural point of view. The city was left largely untouched for a long time and where changes have taken place in recent years, they have been done with care and thought and with the use of some of Spain’s greatest architects. Sevilla has the Rio Guadalquivir running through it. Most of the city’s sights and monuments lie to the north of the river, while to the south the “Barrio de Triana” provides an area full of bars, clubs and restaurants. In the city centre there are some excellent clothes and shoe shops which are very tempting indeed.

Although the suburbs of Málaga are rather grim, the city actually has a very charming old centre. The emblematic pedestrianised main shopping street leading into the old town is called “Calle Larios”. The most prestigious business, shops and hotels are situated here. The centre of Málaga houses many museums, the most famous one being the Picasso Museum in the birth house of Pablo Picasso. There are some important historic monuments, such as the Atarazanas Market Hall, the Cathedral, the Roman theatre and the Gibralfaro castle on top of the hill, with spectacular views of the city. Another area of interest is Malaga’s port, conveniently located near the city centre. It was completely renovated in 2011 and is very modern and elegantly designed. There is an attractive promenade with numerous benches and going around the marina to the other side you’ll find many restaurants and shops, as well as the Pompidou modern art centre.

Córdoba is the third largest city in Andalucía, after Sevilla and Málaga. As a result of its very rich history, Córdoba has a magnificent old town with monuments inherited from the Romans and the era of Al-Andalus. The picturesque historic quarter is the heart of the city and is a UNESCO World Heritage Site. Another UNESCO site is the Mosque-Cathedral, la Mezquita, a showpiece for exemplary Moorish architecture and one of the most important monuments of Andalucía. UNESCO believed Córdoba’s world famous “Patios Festival” to be particularly notable and therefore it was added to the list of Intangible Cultural Heritage of Humanity sites. At the west side of Córdoba you’ll find the Medina Azahara, the ruins of a vast, fortified Moorish medieval palace-city. As of 2018, this archaeological site has also been awarded UNESCO World heritage status, making Córdoba the first city in the world with four UNESCO sites, surpassing Rome and Paris.

Of all Andalucían cities, Granada is said to contain its most prized possession: The Alhambra - a collection of buildings and palaces lying on the southern ridge above the rest of the town. Apart from the Alhambra, Granada houses one of the finest gardens in Spain - The Generalife. It is only a short walk from the Alhambra and it would be worth a visit if you are in the locality. To return to the Plaza Nueva you can take a different route downhill which is very picturesque below the “Torres Berinejas”, through “Calle del Aire” and “Calle Niño del Rollo”. Unlike other cities, Granada has been subject to considerably more development with large roads running through its centre. However there are some charming small streets going up the hills with colourful shops and Moroccan style tea rooms. Granada was the home of “Frederico Garcia Lorca”, the famous poet and playwright, murdered in the early days of the Civil War by Francoist supporters.

Jerez, short for “Jerez de la Frontera”, is renowned for its production of sherry wine and brandy of international prestige. The word Jerez is derived from Arabic and has become universal as a synonym for the English word sherry. You can do tours and tastings at one of the production houses, many of which are surprisingly located in the centre of town. The city is equally famous for its fine Carthusian horses. Home to the Royal Andalusian School of Equestrian Art, there is a longstanding tradition of spectacular performances with magnificent stallions. The prestigious annual Horse Fair at the beginning of May, dating back over 500 years, attracts visitors from all over the world. Furthermore, Jerez has a claim to being the cradle of Flamenco music and dance. The city offers the very best of Flamenco with performances each day in various venues dotted around the city, as well as several Flamenco festivals throughout the year.

The city of Cádiz is one of Western Europe’s oldest cities and has a rich history. It was from here that Columbus originally set sail for America. The city stands on a peninsula jutting out into a bay, and is almost entirely surrounded by water. Some of the 18th century city walls still stand, such as the Landward Gate. The central quarter of Cadiz is famous for its picturesque charm, and many of the buildings reflect the city's overseas links. The old town is Moorish in appearance and intriguing with narrow cobbled streets opening onto small squares lined with orange trees. There are small parks and flower beds that beautify the streets and create contrasts to the many modern boutiques. One of Cádiz’s most famous landmarks is its cathedral. Other highlights the central covered market at the “Plaza de las Flores”, the archaeological site of a roman theatre and the Castle of San Sebastián, an 18th-century fortress at the coastline.