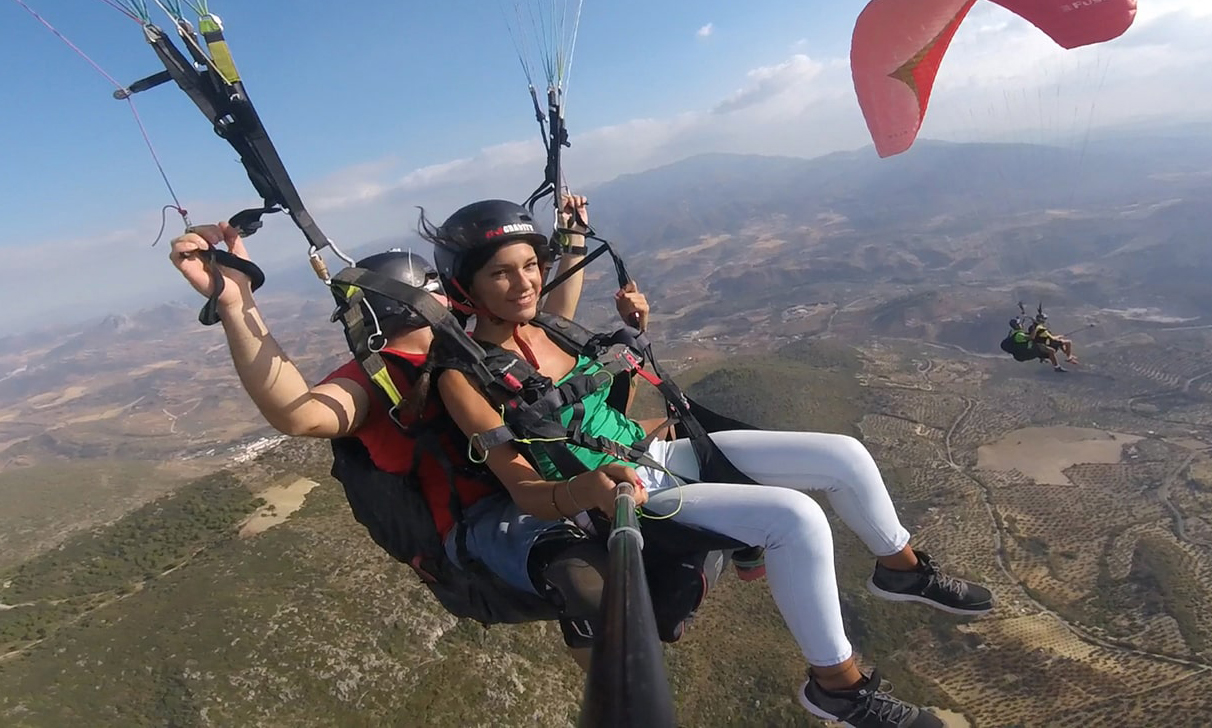 BEACHES
The province of Cádiz, at the Atlantic coast, supposedly has the best (sandy) beaches of Andalucia. They are at about a 2 hours’ drive from Ronda. The beaches closest to Ronda would be those of “Marbella” or “Estepona”, both of them at approximately 1:10 hours’ driving.

WATER PARKS
Andalucia has a number of waterparks that are ideal for family fun in summer. Most are open from May/June to September. The parks have a variety of zones: high-adrenalin water slides including Kamikaze (very steep, almost vertical) and Black Hole (covered tube); multi-lane slides where you can race against your friends; children's areas with shallow pools featuring mini-slides and fun activities; and, increasingly, parks also feature more relaxing wave pools with beaches, lagoons, and even jacuzzis.

WIND & KITE SURFING
The Atlantic coast offers superb wind surfing & kite surfing opportunities, especially the Moorish town of Tarifa. Because of the constant wind, endless beaches, nature, good atmosphere and some of the best sunsets in the south, Tarifa is known as one of the world’s most popular destinations for wind sports. No matter the wind direction, you will always find a good spot.

KAYAKING
There’s the opportunity to take out kayaks on one of the emerald blue reservoir lakes (“pantanos”) in the area.

WALKING
Walking is an absolute delight in this region and there is a great deal of comprehensive material available. It is encouraged by the local Andalucían government and there are many books on the subject. Maps with hiking routes in the area are available from the local tourist offices and tere are also several possibilities for guided walking tours in the area.

PAINTING & PHOTOGRAPHY
This region has enchanted and inspired many artists. Andalucia is known for its light - it can be very special indeed; the clarity is outstanding and the landscapes diverse and fascinating in all directions from Ronda, whichever you choose. This has to be one of the best areas in all of Europe for the visual arts, certainly in Spain.

HORSEBACK RIDING
Horse riding is particularly popular in the area. The earlier and later months of April, May, June, September and October offer ideal conditions for trekking. There are a variety of good trails and tracks that can take you through splendid countryside.

CYCLING
Cycling, after football, is a national obsession Spain. Andalucia is hugely popular with this sport due to the nature of the terrain - challenging. Bikes can be hired from several companies in Ronda.

VIA FERRATA
These climbing paths with fixed cables, stemples, ladders and bridges enable you to access otherwise isolated mountain routes. There are several places around Ronda where via ferratas can be found.

CANYONING
Canyoning is progressing through canyons and ravines, using a combination of techniques such as walking, climbing, jumping, sliding, abseiling (rappelling), and swimming (or wading) in rivers and waterfalls. It is an increasingly popular adventure sport where you discover amazing landscapes along the way. Due to the variety of gorges found in Andalucia, it’s a great destination for canyoning.

BALLOON FLIGHTS
Flights over Ronda will usually depart around 8am, and last between 60-90 minutes depending on wind, and all will allow passengers to photograph the city from up high.

PARAGLIDING
We are fortunate enough to have one of the best paragliding companies of Europe in Algodonales, just 30 minutes from Ronda.

GOLF
There are numerous golf courses all along the coast. The ones closest to Ronda are at about 50 minutes driving.

POLO
At Sotogrande you'll find one of the largest polo fields in Europe. It has a busy programme and is well organised and well attended. Matches are played in the spring and summer, the main high goal tournaments are at the end of July and throughout August.